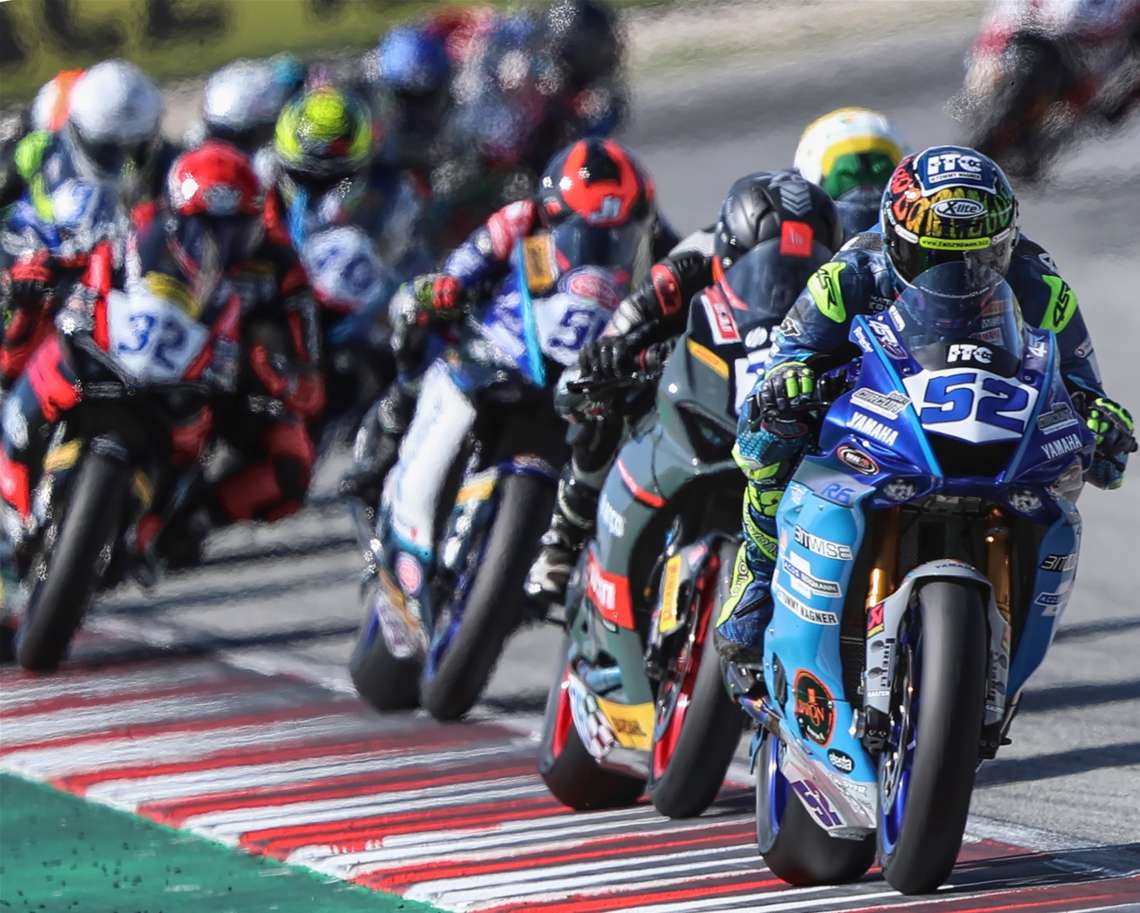 In the first race Jespersen fought along in the top ten, being eight at his best. A fierce battle with De Rosa and Cluzel towards the end of the race cost little time, however, the final placement was 10th after the red flag shortened the race to 12 laps. Patrick Hobelsberger’s start in Saturday's race didin’t quite succeed, and overtaking was challenging. For most of the race, Hobelsberger raced behind the same group, finishing in 20th place after a very even race.

Sunday's race was a fierce battle and the rankings varied. Simon Jespersen was in the top ten at his best, and Patrick Hobelsberger fought from positions in the top 15. In the end, Jespersen crossed the finish line in 12th place, and Hobelsberger was ranked 17th.

Vesa Kallio:
‘Of course, expectations were a little higher here in Catalunya, than what they were at the previous race in France, although it was known that nothing would come easy. This year, the consistency of this series makes overtaking even harder, and this is something we need to improve in Portimão. Still, the weekend left good feelings as both riders were able to improve from the previous Magny-Cours race.’

Simon Jespersen:
‘Barcelona round has been a very good weekend with a lot of work with the Team and I have enjoyed, improved, learned and gained more points both races! It was a very good first laps of Fp1 on friday but it seemed that we went in the wrong direction of the setup on the bike since I wasn’t really able to improve much, neither in Fp2. We decided to go back to what I started with and immediately I found again a good feeling first laps of Superpole and I made a good step with the team to put myself in 4th row on the grid as P11. Race 1 I had a good feeling most of the race still I was not very satisfied with myself and the bike, I had some few passes and fighting which made me able to finish as P10.

Race 2 was more of a difficult race and I’m quite sure with myself that I took the wrong decision regarding tire choice. My start and also first corner was terrible which is my own mistake and led me to drop a few positions, a couple of corners later I was already back to P10 in a rough group, I struggled to find grip, but I fought as much as I could and ended P12! Thanks to Kallio Racing Team, I’ve enjoyed and learned so much! I’m working on myself, and I thank my team for an amazing work all weekend.’

Patrick Hobelsberger:
‘I was really looking forward to the 8th round of the WSBK in Barcelona, a track on which I have a lot of experience. Friday morning started very well for me, I was finally able to regain my speed. In the second free practice we had planned a slightly longer exit because the grip level of the track was very low, and we wanted to make sure we could use the soft tire in the race. It rained a lot during the night before qualifying and the track was still a bit wet in some places, especially in the last sector. But I still felt very good and was able to finish 14th. The times were so extremely tight that I only lost 0.55 seconds on P2.

In the first race my start was very good and I was able to gain a position straight away. Unfortunately, the race was stopped immediately because a burning motorcycle was on the track. At the restart I had a really hard time, unfortunately I wasn’t able to make up any more ground due to the scramble in the first corner. The race was restarted on just 12 laps. It was almost impossible for me to overtake at the end of the straight, in the last laps I was only able to pass Vinales with very strong contact and finished 20th.

After the perfect warm-up on Sunday, I was certain that the second race was extremely dependent on a good start. I managed this perfectly and was able to make up two positions straight away. Due to the higher temperatures and the rain during the night, the track had hardly any grip so by the end of the race all riders in the TOP21 were close to the leader of the race. With 5 laps to go I got huge problems with the right side of the rear tire. With 4 laps to ride as well on the front tire on the right side. I could barely ride and was almost certain that I wouldn’t be able to finish the race because problems were so extreme. When I saw that a Factory Ducati and GMT94 Yamaha of Cluzel also had the same problems, I just tried to finish somehow. Unfortunately, I couldn’t do more than 17th place in the second race. For me it was a positive weekend, which unfortunately didn’t bring the result we deserve. However, the positive increases have clearly outweighted! I’ve found my speed again, we’ve developed the setup perfectly, I’m finally in top shape again, the gap to the top has never been so small all season and I had a great warm-up. Portimão is in two weeks, I’m really looking forward to it!’

The World SuperSport season 2022s next race weekend takes place in Portugal, Portimão from 7 to 9 October.