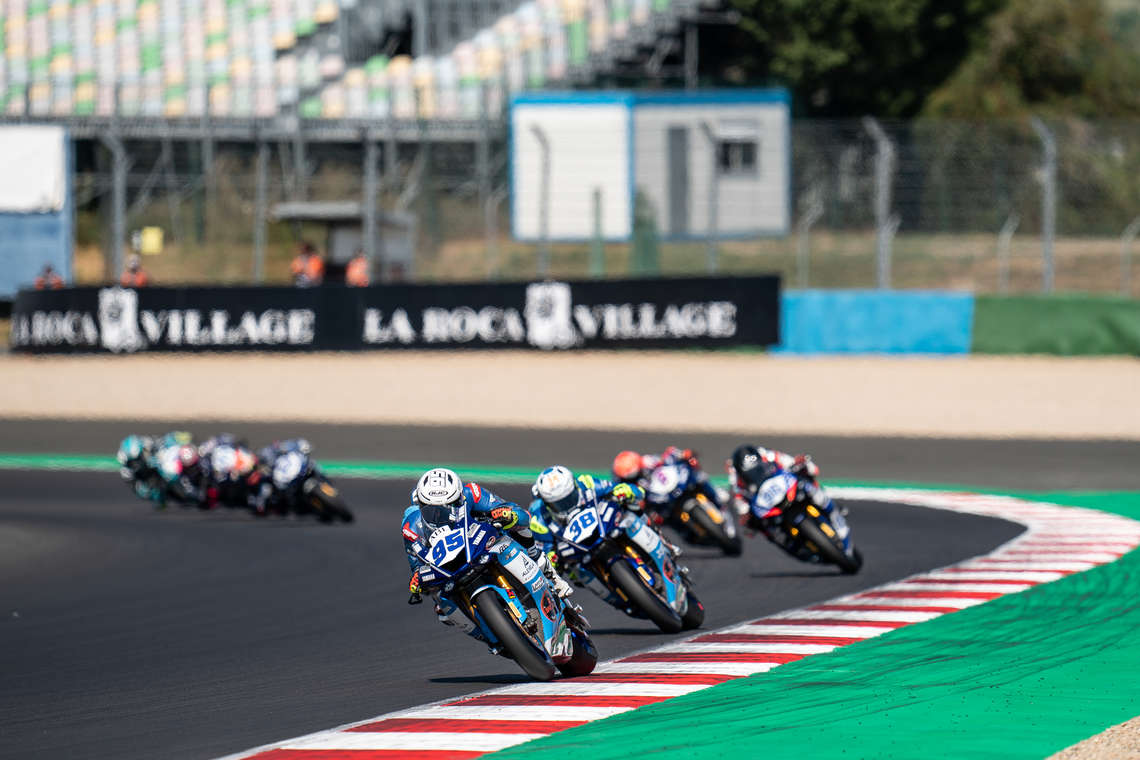 It was known beforehand that the weekend was not going to be an easy one, but there were more difficulties than expected. Estonian Hannes Soomer had recovered from his accident in Assen and made it back to racing, but it quickly became clear that riding wasn't going to be easy yet.

For the Finnish Vertti Takala, on the other hand, the Magny-Cours circuit was not familiar. In Saturday's Superpole Hannes Soomer was ranked 24th and Vertti Takala 26th.

The weekend races were very eventful as both Saturday and Sunday the race had to be suspended with red flags. After the restarts Hannes Soomer raced to 15th place in Saturday's race and ranked 17th on Sunday. “Hopefully we will achieve a more usual performance already in Barcelona,” Kallio Racing's team manager Vesa Kallio says. For Vertti Takala, the Magny-Cours circuit didn't seem to be a very easy place to ride, and both Saturday's and Sunday's race ended in a crash. “Somehow Vertti needs to find more relaxation in his riding and get intact performances underneath. Now there have been many setbacks”, contemplates Vesa Kallio.

Hannes Soomer:
”Easily my hardest earned point yet. P24->P15 in race 1. Sunday was tougher than Saturday, but weekends like this are a part of every injury. I’ll be stronger in Barcelona!”

Vertti Takala:
“This weekend was maybe one of the hardest of my life, there were so many problems. Riding didn't really take off and the new track felt a bit difficult, I didn't really get a feel for it at any point. The Superpole didn’t go well, and the races were quite eventful, both were suspended with red flags etc. Both races ended in a crash on my part, so there wasn't much left to take home from this weekend. Weekend to forget, next we shall rev up in Barcelona. I want to thank the team and the mechanics; they were doing long days fixing the bike back on track. Everyone's definitely a bit tired after this weekend, but thankfully it’s behind now.”

The World Supersport season 2021s next race weekend takes place in Spain, Barcelona from 17 to 19 September.