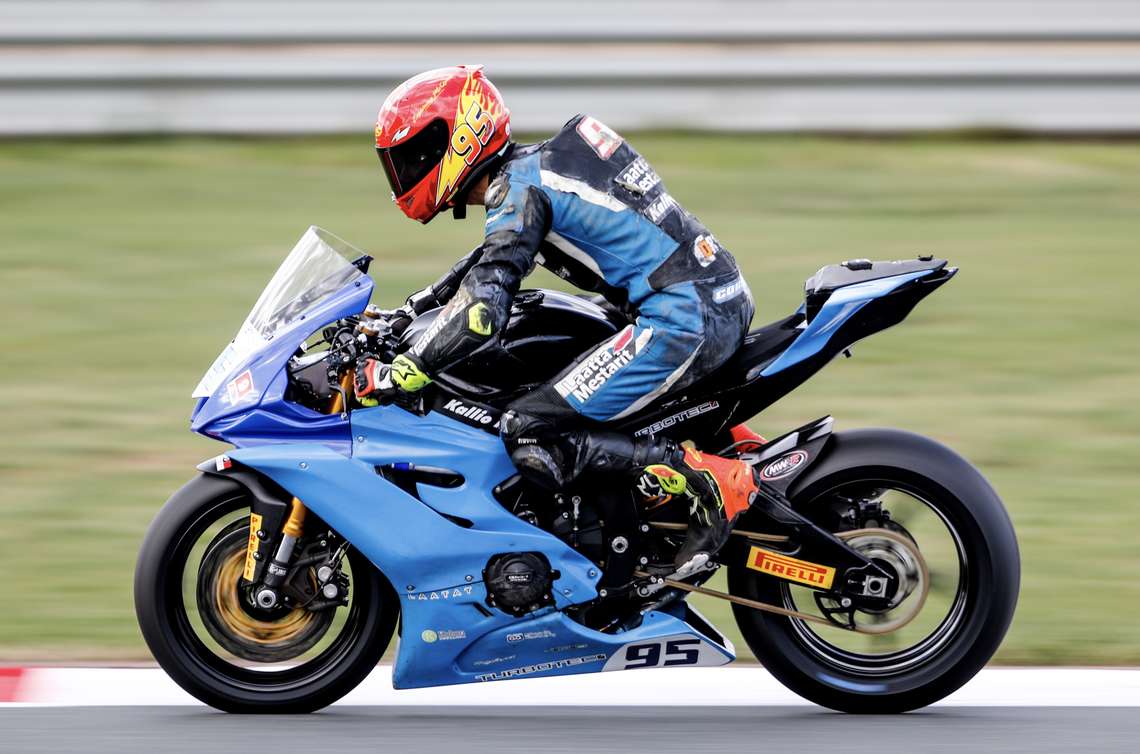 Kallio Racing Junior Team's race season continued last weekend, as the second to last race weekend of the Spanish RFME series season 2020 was run in Navarra. This time the races were held in varying and cold weather conditions, as on Saturday’s qualifications the thermometer showed only +6 degrees. The challenge for the weekend was to find the best rubber compound for the tires to fit cold weather.

Junior Team’s rider Vertti Takala found the top pace right on Thursday, and he was the fourth fastest rider in Superpole. In Saturday's race, Vertti’s pace was right at the top and he was riding in the third place for a long time. Unfortunately, he had to bend one place in the final laps, but even so he rode to the finish line nicely in fourth place. The second race of the weekend was also successful for Vertti Takala, as he finished being fourth in Sunday's race too.

Vertti Takala:
”This race weekend was great! I got off to a good start in both races and also kept my position in the first laps. In the first race I rode in the third place for a long time, but in the last lap the fourth rider was able to overtake me. In the second race, I was fourth throughout the whole race and tried my best to get past the third rider. However, there were not enough laps for passing, and I was being fourth in the finish again. Still have to be happy. This was the best race weekend for this season and the difference to the top was small in both races. We will start the next race even more eager and keep the podium place in sight.”

Kenny Koskinen started Saturday's race from the 10th position on the grid. He took a good start and fought his way to the checkered flag being ninth (eight in his own class). Sunday’s Warm-up went well with both Junior Team riders and everything looked very good for the second race of the weekend. Based on Saturday’s race success, Kenny started Sunday’s race from 9th position on the grid. Yet again he succeeded in the start and for the first laps he rode being 6th. This time he didn’t quite find the rhythm and relaxedness into his riding, and gradually the ranking dropped. Kenny Koskinen finished being 13th in Sunday's race (10th in his own class).

Kenny Koskinen:
” This weekend was quite different from the others. All practices were run in really cold weather, which was a bit new to us and gave a little challenge for the weekend. However, we managed to get the tires to work well and the qualifications went reasonably well. In both races the start was good, but I messed up with my own mistakes and I didn't get a good result, even though the feeling was good, and my riding improved on Sunday. We are now fully preparing for the final race in Jerez and trying to get the best possible result at the end of the season.”