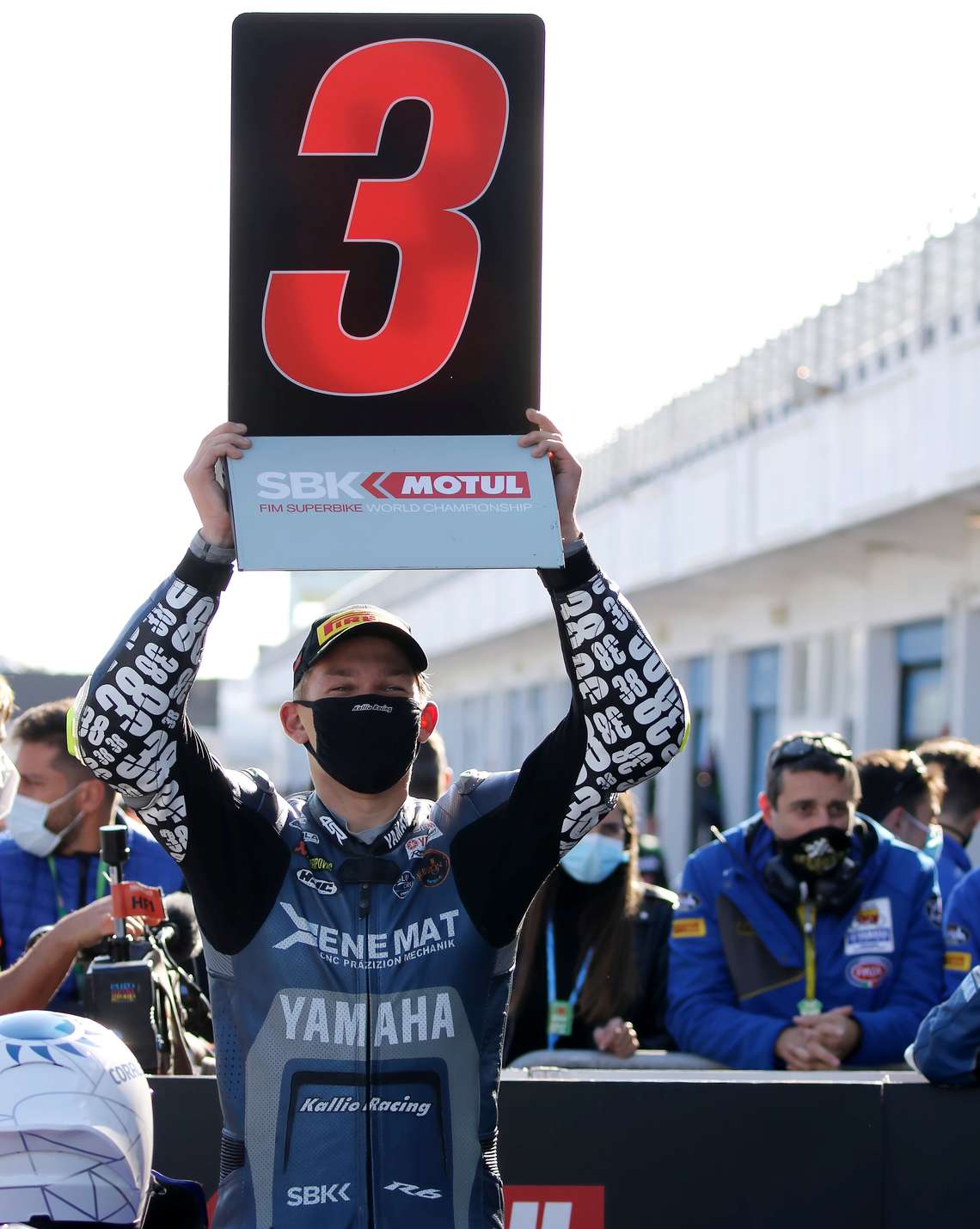 FIM World Supersport Championship’s season 2020s final two races were ridden in Estoril, Portugal, last weekend. The closing weekend was one of the best for Kallio Racing in this season, and teams both riders had a very good pace for the whole weekend. Spanish Isaac Viñales rode the fastest lap time in both races and Estonian Hannes Soomer got the second fastest lap time in Sunday's race.

Hannes Soomer started the races from the 13th position on the grid, but despite the difficult starting situation he managed to ride to the finish line being third in Saturday’s race.

"Hannes' podium was a great performance and a proof for both himself and others, that he has enough pace, even in dry conditions”, praises Kallio Racing's Team Manager Vesa Kallio.

In Sunday's race, Hannes Soomer was fighting in 7th position at best, but he had to bend one place in the final lap and eventually finished the race being 8th.

Hannes Soomer:
”It was a great weekend. I feel it was the strongest one for us as a team this year. It was a new track for us but we made a great job on Friday to find a good feeling with the bike and the track. I had again a horrible Superpole which made it difficult for the race. In the first race with the red flag I had two good starts and could find my way to the front and finally get my first podium in dry conditions. In the second race I could make my way to the front but unfortunately couldn’t fight for the podium. I’m still really pleased with our speed and the progress we have made during the end of the season. I want to say thanks to the team for the great work whole season. We can be satisfied.”

Isaac Viñales rode an intact weekend in Portugal, being fourth in Saturday’s race and sixth on Sunday. Without a failed speedup at Saturday’s start, Viñales would also have been involved in the podium battle. In Sunday’s race Viñales battled in the top group, being fifth at best, but hard trying at the beginning of the race consumed the front tire and made it harder to ride at the end of race.

Vesa Kallio:
”This weekend Estoril had racing at its best. The differences within the top group were small and, best of all, both of our riders were able to fight there. Now we were at the level and at the pace that makes it possible to fight for the top positions. With such performances throughout the season, there would be opportunities for everything. We were fortunate to get to ride through this season, although the season was a bit truncated from the original. To be honest, I must say that these extraordinary arrangements due to COVID-19 made working quite a lot more difficult.

I want to thank our awesome team for the whole season. Their dedication to the work was really nice to watch. Without them, we would not have achieved such great results! Thanks also to all of our supporters, sponsors, fans, friends and families, and everyone who made this season possible. Thank you!”