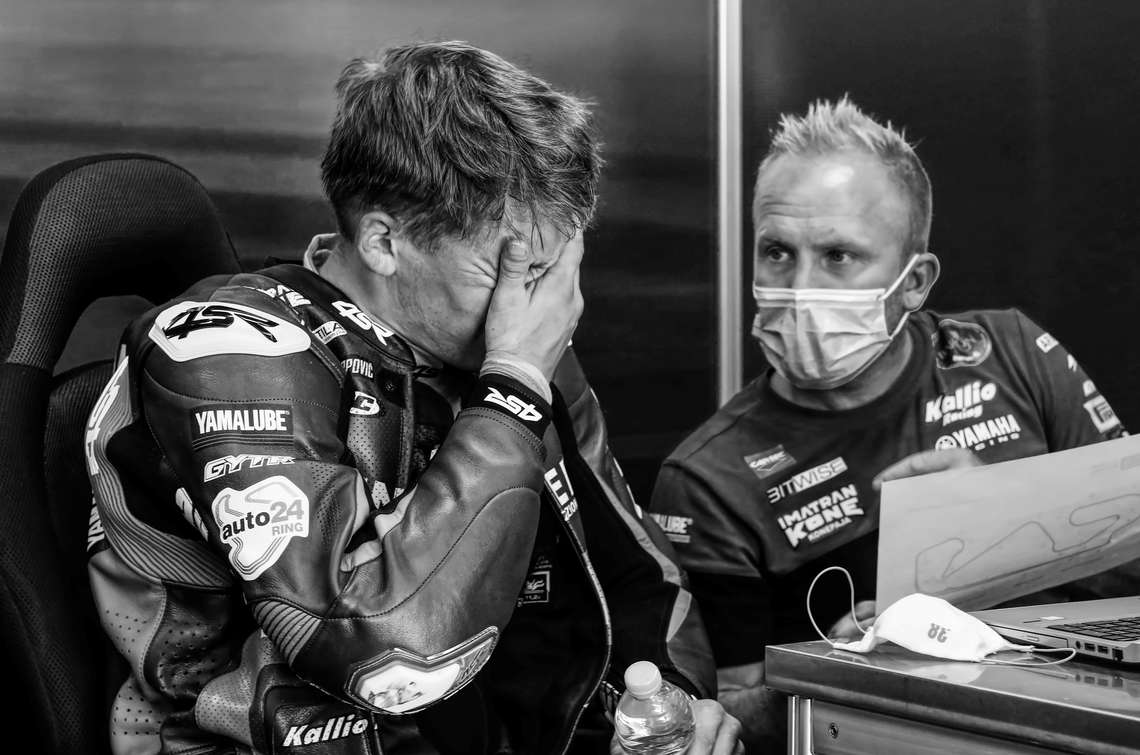 A challenging race weekend in Barcelona

FIM World Supersport Championship’s season 2020 continued last weekend in Barcelona, Spain. This time the weather conditions for the weekend were quite challenging and the rain mixed up the plans, which didn’t make it easier to get familiar with the challenging Barcelona-Catalunya track. Before the races, only Friday’s FP1 and Saturday’s Superpole were allowed to run on a dry track.

Kallio Racing's Spanish rider Isaac Viñales started the races from the seventh position on the grid and the Estonian Hannes Soomer was eighth on the starting grid. In the first race of the weekend, a downpour came as a surprise in the middle of the race and quickly some riders, including Viñales and Soomer, made a pit stop to change the tires, while some other riders didn’t make a pit stop. Soon, however, the race was decided to be suspended and the current standings remained, so the result of the race was a lottery and there was a surprise winner for Saturday. When the red flags came, Hannes Soomer was in 13th place and Isaac Viñales in 15th place.

Luckily on Sunday the race was able to run in sunny weather. Kallio Racing’s both riders had good lap times in that second race of the weekend, which was reflected in the fact that the fastest lap time in the race was marked for Isaac Viñales. Unfortunately, both riders dropped a few places down at the start and the top group managed to escape. After a hard fight, Isaac Viñales was sixth and Hannes Soomer 10th at the end of the race.

”Superpole and the start of the race could have been more successful, and if we could take out a few mistakes from the race, we would have been able to fight for better rankings,” ponders Vesa Kallio, Kallio Racing's Team Manager.

Hannes Soomer:
“It was a solid weekend. A new track for me and not too much dry time meant we were a few steps behind.
In the first race we were very unlucky with the red flag. For the second race we were much closer to the
front but P10 was our maximum. I am happy to go to Magny Cours now.”