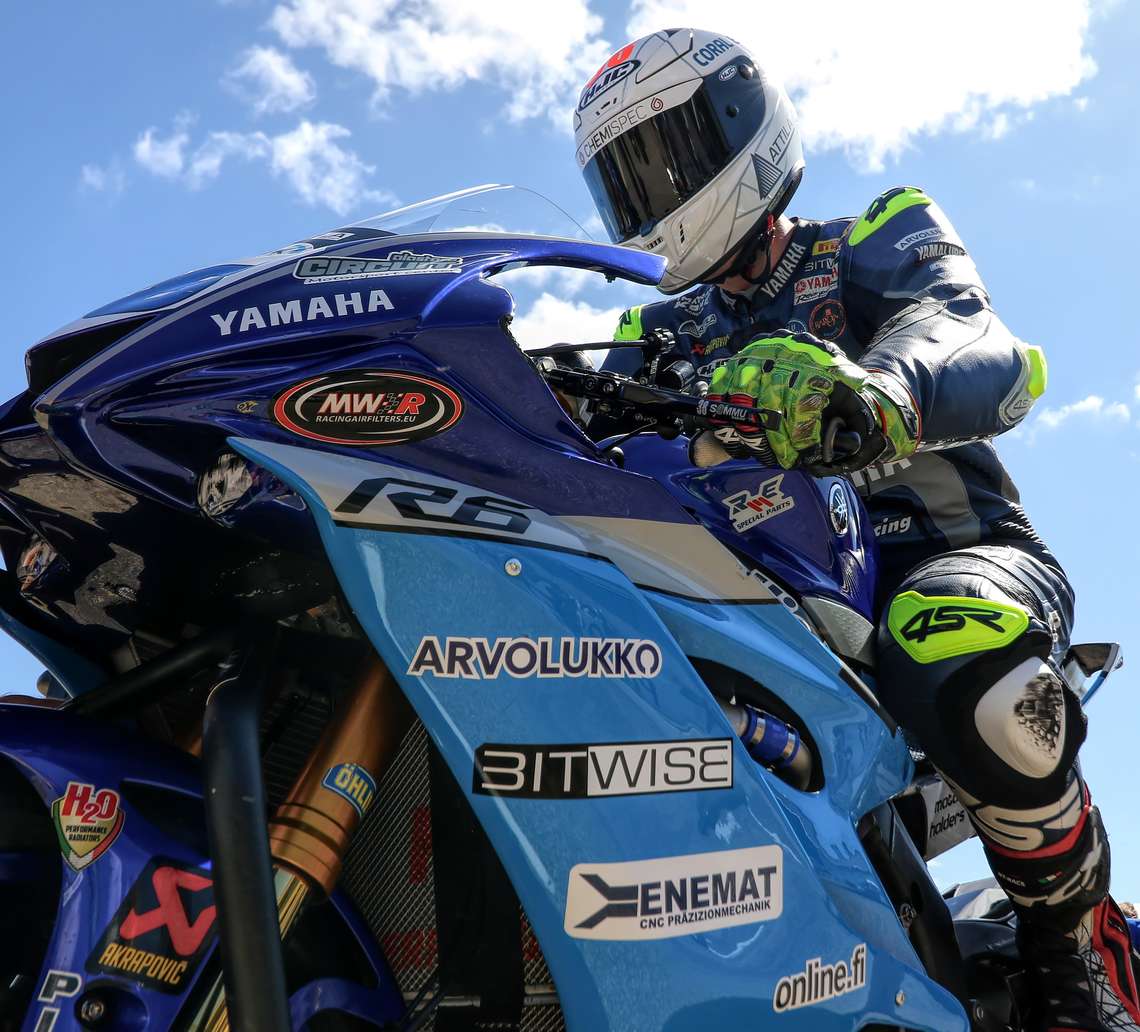 FIM World Supersport Championship’s season 2020 continued last weekend in Aragon, Spain. The race weekend was very eventful and there were plenty of twists and turns throughout the weekend. Free practices and Superpole looked promising, but unfortunately there was no luck in the races themselves.

Kallio Racing's Spanish rider Isaac Viñales was the 7th fastest rider after the qualifications. At the beginning of Saturday’s race, Viñales and another rider’s bike almost came into contact with each other and due to this, Viñales had to drop down in the rankings to 12th position. As the race progressed, he nicely raised back to 6th place, but unfortunately he went wide in the final turn and another rider got past just before the finish line. Isaac Viñales finished Saturday’s race being 7th. On Sunday, Viñales took a good start and was riding in the top group, being in fifth place early in the race. He fought hard through the whole race, but this time the pace wasn’t quite enough and he rode to finish being 6th.

“Next weekend, the race season continues here on the same track and now it would be important to find a solution to the problems that emerged from the last turn of the track to the third turn. And unfortunately, we didin’t have any luck with us this time”, commented Kallio Racing's Team Manager Vesa Kallio.

Isaac Viñales:
”It has been a complicated weekend. We have not found the rhythm, but we leave here with a 6th position. It’s time to work for the next week.”

Kallio Racing’s Estonian rider Hannes Soomer started the races from the 5th position on the grid. However, unfortunately he had to retire both of the races this weekend. In Saturday's race, Soomer got a bit of a hit with another rider and crashed. He was able to continue the race, but due to the contact, the handlebar got a small injury and after a few more laps, it broke completely. Luckily Soomer did not crash and managed to ride safely to the pit. In Sunday's race Hannes Soomer got off to a good start, but after a few turns, he crashed and had to retire.

“It would have been important for him to have success in this weekend’s races, as now the pace was at a good level in practices and in the Superpole. We are now thinking about the situation, and making plans for next weekend, when the race season continues here in Aragon,” says Vesa Kallio.

Hannes Soomer:
”Apart from the races it was a good weekend. In the first race I had some contact during a passing manouver but was really unlucky and crashed out. In the second start I made a mistake and lost the front on the curb in the fast turn 4. The positive side is we had good speed. We have to work on a few details to be stronger in the races next weekend. Thanks to the team for a great job all weekend.”