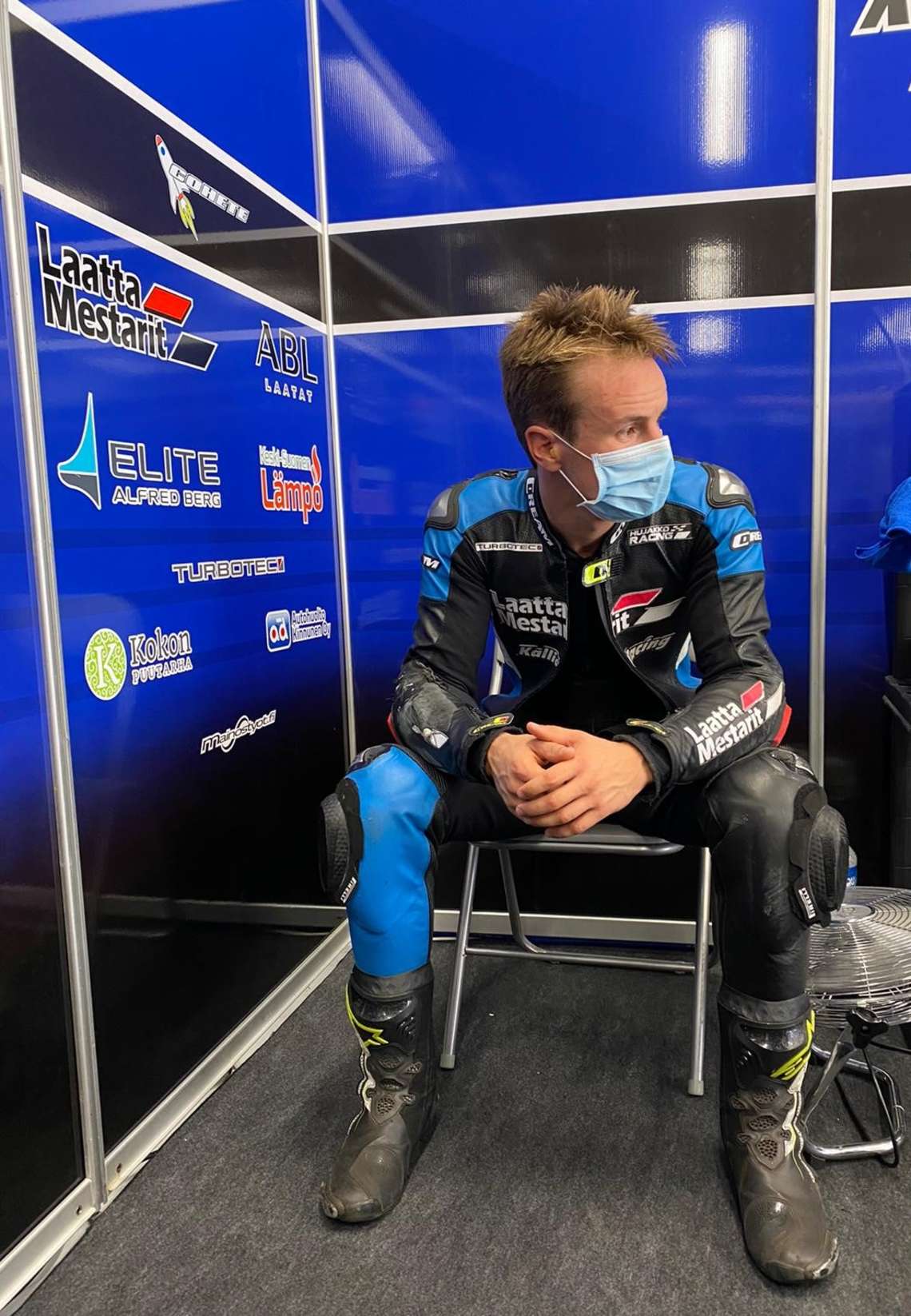 Kallio Racing Junior Team's race season 2020 continued last weekend, when the second race weekend of the Spanish RFME series season was run in Catalonia, Barcelona. This track was already familiar to both riders of the Junior Team, Vertti Takala and Kenny Koskinen, although the weather conditions were very different this time compared to last year.

Vertti Takala got a good pace already in the practices, and that same pace propelled him to the 8th position on the grid after the qualifications. In the first race of the weekend, Vertti got a good start and he was fighting for the top five standings, when sadly the well-started race ended in a run-out. The second race of the weekend had also some bad luck in it, when Vertti crashed with another rider and as a result he had to retire. All in all, these races left a good impression because when Vertti succeeded, his pace was already very top notch.

Vertti Takala:
”Sunday got off to a good start. I found a good pace in the warm-up, despite yesterday’s crash. Sunday’s start failed a bit and I lost a few places. However, I managed to overtake some riders right in the first turns. But then there was a mass crash in the first lap, in which I was unfortunately also involved. This weekend left me a little annoyed because my pace would have been well enough to fight for podium places. However, the focus is already on the next race, there we will go at full speed again.”

Kenny Koskinen improved his pace throughout the weekend, as both the bike and the riding were improved better and better as the weekend progressed. After a tight and steady qualifications, Kenny's was starting to the race from the 15th position on the grid. Unfortunately, his first race got off with a jump start, and later straightening a curve caused another penalty in the same race. Despite the penalties, Kenny's pace was enough to the 12th place (10th in his class). In the second race, Kenny had to start from the 19th position on the grid, but luckily this time everything went well at the start and Kenny was able to make a few overtakes right at the beginning of the race. There was a mass crash in the first lap, during which Vertti also crashed, but Kenny got out of the situation without hitting anything and rose to 9th place already after the first lap. After a good fight and a smooth riding, he crossed the finish line being in the 7th position.

Kenny Koskinen:
”The weekend started well and I improved my last years’ time right away in the first practices. On Saturday, the race didn’t start very well, as a small jump start caused me a couple of penalties and later came yet a third penalty for straightening the curve while racing with another rider. Despite this, I was 10th in the finish line. Sunday’s race went much more confidently and without mistakes, although the first laps were really eventful. Finishing the race being in the 7th position is a good ending for a difficult weekend. Now we have a good time to train for the next race, so we are going to be stronger in Valencia!”