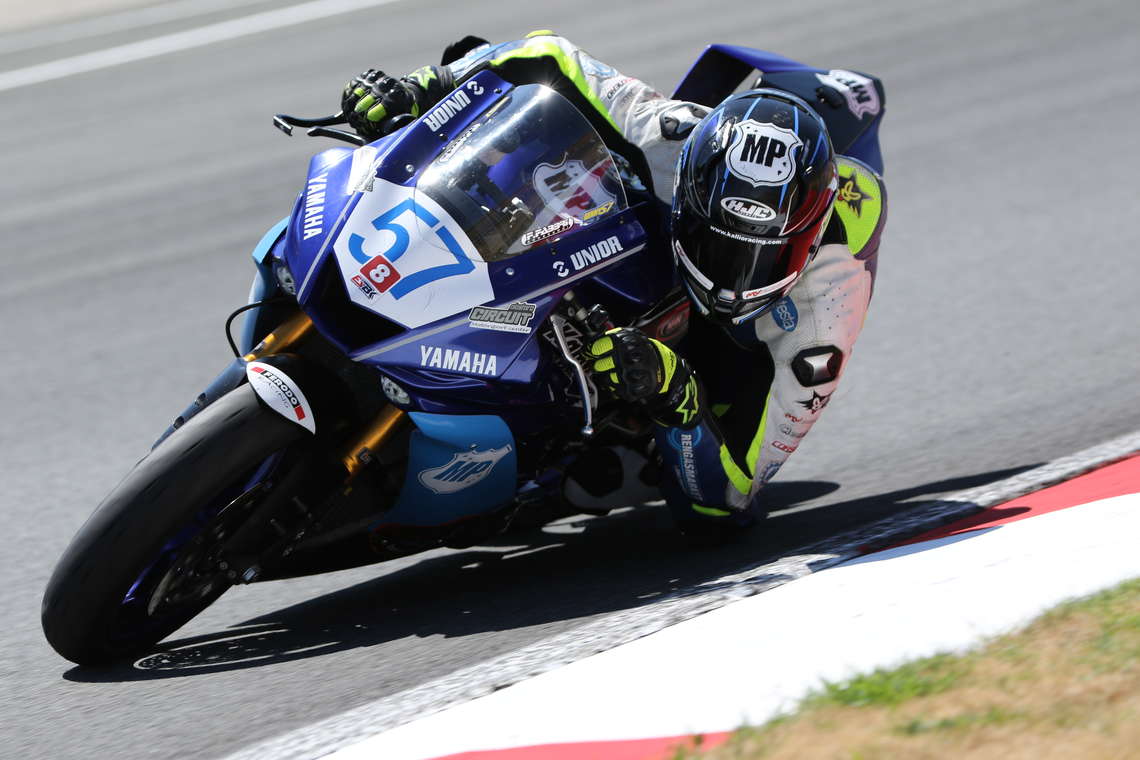 The Kallio Racing Junior Team's season 2020 was kicked off last weekend in Navarra, Spain. Both riders of the junior team were fast in qualifications, riding faster than they did last year here. Their performances in qualifications were enough for places 12 and 14. This meant that a good start to the race was needed.

Kenny Koskinen started the first race of the weekend briskly on Saturday and he immediately rose to 7th place in the first round. Kenny fought in places 7-12 throughout the race, eventually finishing being 10th (6th in his class).

Vertti Takala's start on Saturday was not very successful and he was 16th after the first round. In the beginning of the race there were small mistakes and the group where Kenny also rode escaped just enough, that Vertti had to ride the race almost alone. However, he was ranked 11th in the finish line (10th in his own class), three seconds behind Kenny.

The second race of the Navarre weekend started on Sunday with confidence, as both riders managed to make some improvements to their bikes in the morning's warm up. Immediately after the start, Kenny shoot in the top ten, being already 7th in the first round. Kenny fought well through the race and had a fierce battle for the top ten rankings. At the end of the race, he overtook Verdoija and ended up with the best ranking of his career in the Spanish RFME series. In addition to Verdoija, a few other WorldSSP drivers were left behind. Kenny crossed the finish line in 9th place (8th in his own class).

Vertti's start was better in Sunday's race than on Saturday, and the goal was to start making the ascent from 15th place. Unfortunately, in the second round another competitor crashed and his bike hit Vertti’s handlebars which was about to crash him too. The handlebar turned inwards, making riding difficult for the rest of the race and especially the right-hand bends. Perseveringly, however, Vertti battled himself to the finish, eventually finishing 18th (12th in his own class).

”The first RFME Series 2020 races showed that the level is really tough and wide in this Supersport category. We need to be satisfied with the results we achieved, even if the misfortune was included”, says Vesa Kallio from Kallio Racing.

Kenny Koskinen:
”The 33-degree heat made the weekend a bit painful, for both the bike and the rider. In qualifications, one good lap was obtained, which was enough for the 12th starting block, but it was a bit more difficult to find the pace in the race, which made it impossible to challenge the top riders in the first race. In Sunday's race, however, we got to a good rhythm, and with that we were able to keep a better ranking. I'm quite happy of the 6th and 8th place and the whole weekend, although there were difficulties. A good 18 points were scored. Tomorrow we are heading towards Barcelona and to the next races right next weekend!”

Vertti Takala:
”The weekend went by fixing problems. There were problems with both riding and the bike along the weekend. Most of the problems were fixed, but we still fell short of the targets. However, the next race will start with new plans and head up high”.