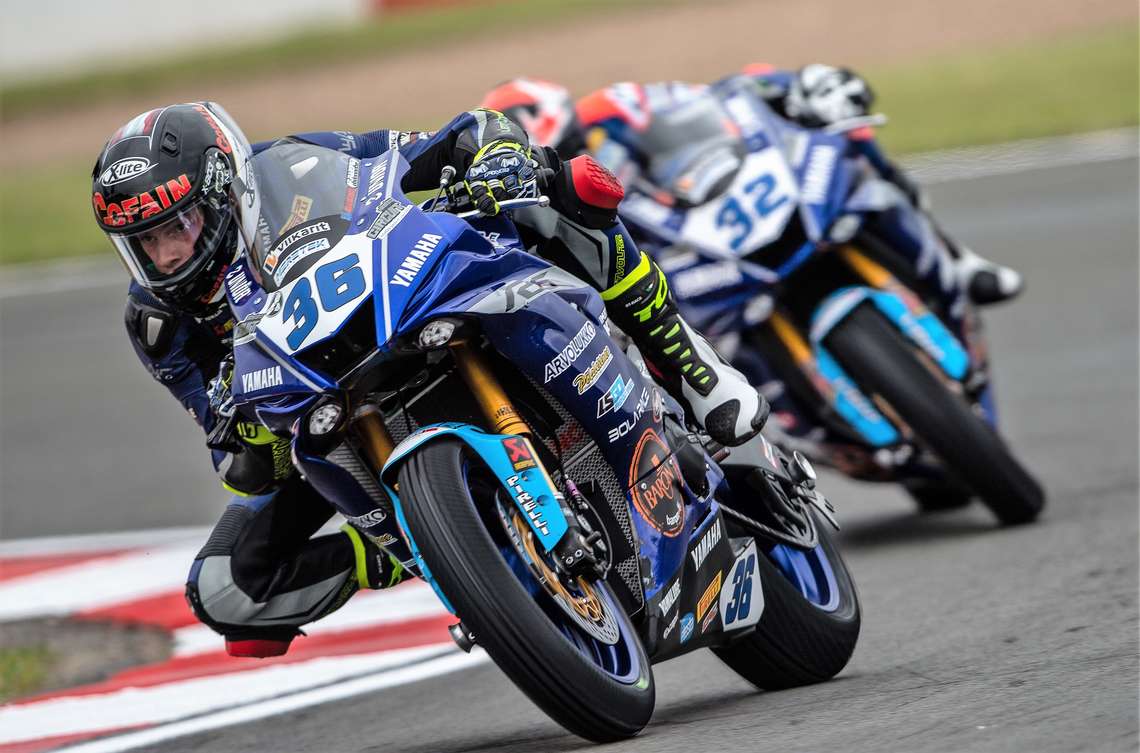 ”During this weekend both Loris and Isaac had some small technical problems, and we didn’t manage to succeed in the Superpole as well as we should. This round was new to Isaac, but Thomas and Loris had experience of Donington Park from the last season,” says Vesa Kallio, team manager of the Kallio Racing.

Isaac Viñales had a good start and he was able to move up his positions in to the 5th place. He was fighting of the positions with the front group when he lost the grip of his front tyre and he crashed on round four.

”The situation was a bit similar to what happened in Misano. Luckily he was okay after the crash and his bike didn’t break, so he was able to finish the race. This has been one of the best weekends for Isaac, he was within the top 10 in every practice. Now we need to analyze this situation and we need to find a way to make him feel comfortable with his bike during the tests that we’ll be making in the summer break. If we manage to do that, we will get better results out of his risen speed,” Vesa Kallio ponders.

Loris Cresson also managed to maintain his position after the start, but unfortunately he crashed in one turn and his race ended up in the first lap.

”The crash was quite tough, Loris hit his helmet heavily to the ground and he needed to be taken in to the hospital for a check-up. Luckily we got good news from the hospital and he didn’t have any bigger injuries,” Vesa Kallio says.

Loris Cresson:
”Weekend was a bit hard, not a lot of laps during all weekend. We broke one engine on Friday, then rain during the qp after three laps. This morning the feeling was better, but unfortunately in the race I crashed in the first lap. Can’t remember what happened and I’m sorry for this because it could have been a nice race! Now lets work during the summer break.”

”Thomas Gradinger also managed to maintain his position after the start and he had a confident, ascending race. Thomas fought his way first into the top ten group and after that all the way into the 6th position,” Vesa Kallio smiles.

Thomas Gradinger:
”The weekend was quite strange, nearly like in Misano. We struggled a bit in the practices and also had a bit of a bad timing in the qualification so we had a lot of work to do for the race. In the warm-up we found a good set up and I felt very comfortable. But here it’s not so easy to overtake, you really have just maybe two really good overtake spots, but I could gain quickly some positions and it was a long race. I’m quite happy with the 6th place. It could be better, but I think after the position on the grid it was quite okay. I’m really looking forward for the next races.”

”Last two weekends have been quite difficult for us, summer break is coming in important time. Now we can take a breather and after the break we are trying to change our challenging weekends into our strength for the end of the season,” Vesa Kallio sums up.

The World Supersport season continues after the summer break in Portugal, at Portimão Round on 6th - 8th of September 2019.