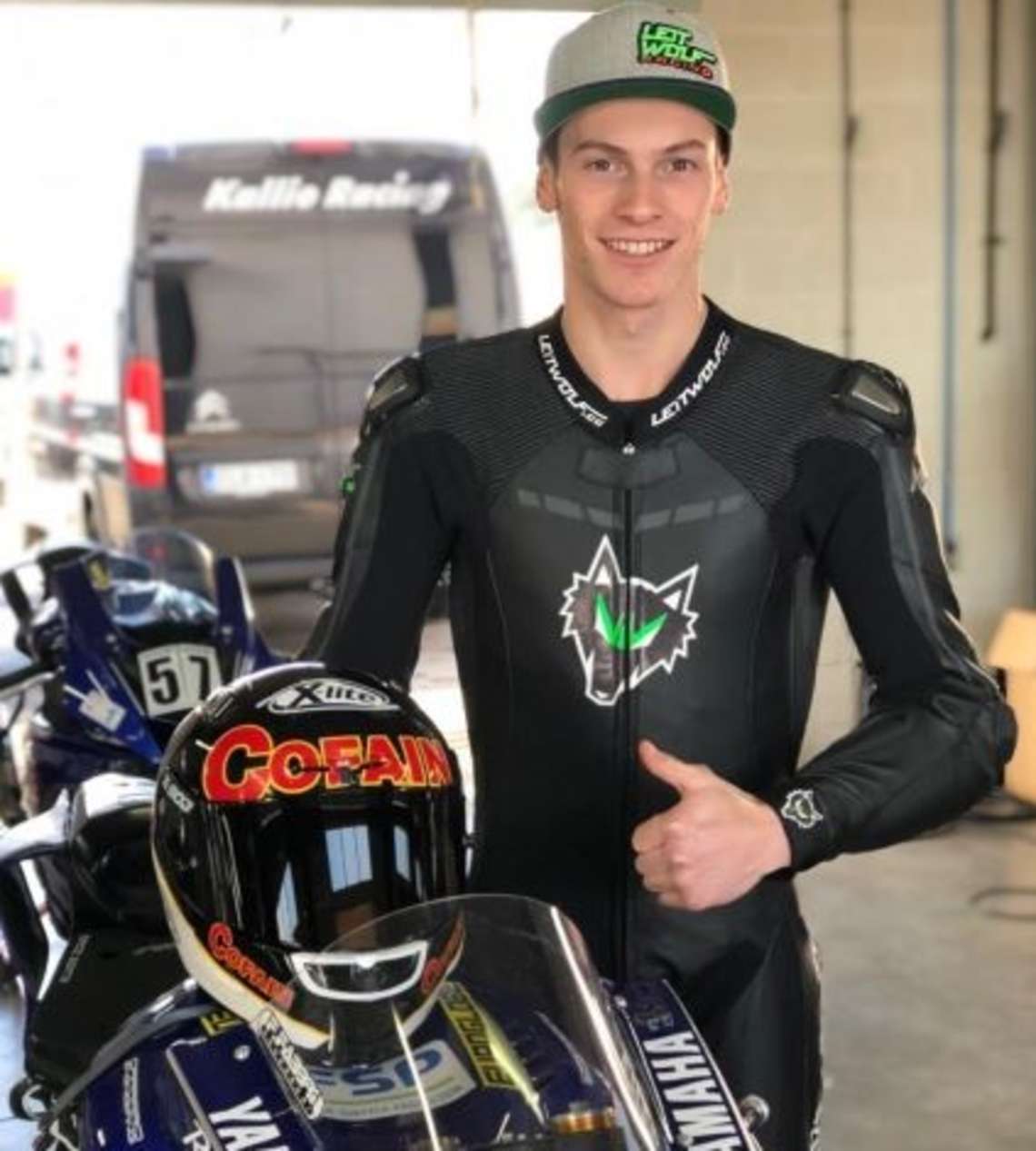 IDM Champion Gradinger to compete with Kallio Racing in 2019

Thomas Gradinger who finished this year seventh in World Supersport series and won the IDM SSP600 title a year earlier will compete next season in Kallio Racing Team. 22 year Austrian will form a high-level trio together with Spanish Isaac Vinales with who the team signed a contract last week and Belgian Loris Cresson who already competed this season with Kallio Racing.

The Austrian has already tested the Finnish team´s Yamaha R6 and both him and the team leader Vesa Kallio are excited about the promising start of the co-operation.

Thomas Gradinger:
I am very happy to be a part of a championship winning team. All the people in the team are very professional but the atmosphere already feels very familiar. We are really looking forward to the next test and especially to the first race in Australia! I know we can do really good results together.

Team leader Vesa Kallio:
We negotiated for a long time with Gradinger’s manager and it is great that we were able to have a contract. Thomas had a really strong end of the season and he was close to the podium in Qatar. Season 2018 was his first in WSS-class so I believe that next season he will improve for sure and we have to aim to the podium from the beginning. We had already few test days in Spain so now we know which things we have to concentrate on before the official winter tests in January.
We have a brilliant rider trio and we are confident about succeeding also next season. Now we work had before the next tests and in the end of January we will start testing the new 2019 Yamaha R6 version.

The World Supersport season 2019 will start from Australia 22-24 of February.